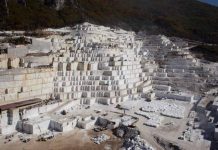 The first half of 2019 was strange and difficult for the natural stones market globally due to several reasons, with greatest of all the trade war between China and the US. Most of the top natural stone producing countries of marble, for instance, experienced large fluctuations or, even worse, serious damages to their marble export trade.

Greece is one of leading countries in marble export trade, following an upward trend during the last decade. Moreover, the country managed to achieve a substantial increase in marble blocks and slabs export unit value. How has Greece’s growth changed during the first half of 2019 comparing to the corresponding 2018 first half both in marble blocks and slabs and finished marble products exports? 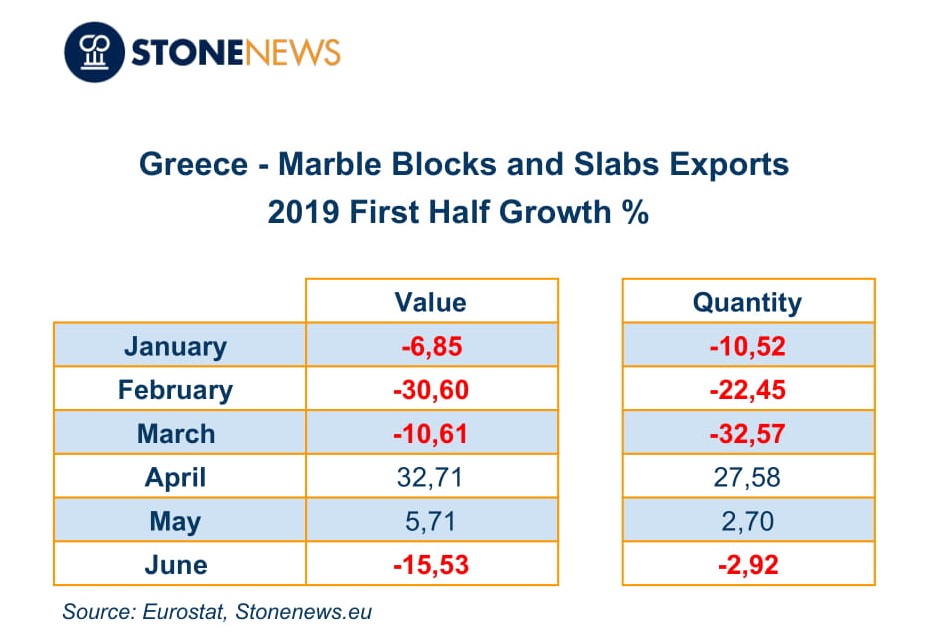 As for finished marble products exports of Greece during the first half of 2019, April and May were again the months with a plus sign growth when compared with the 2018 corresponding months. February was also profitable in both value and quantity of the country’s finished marble products exports in comparison with the previous February, while January, March and June showed negative growth. 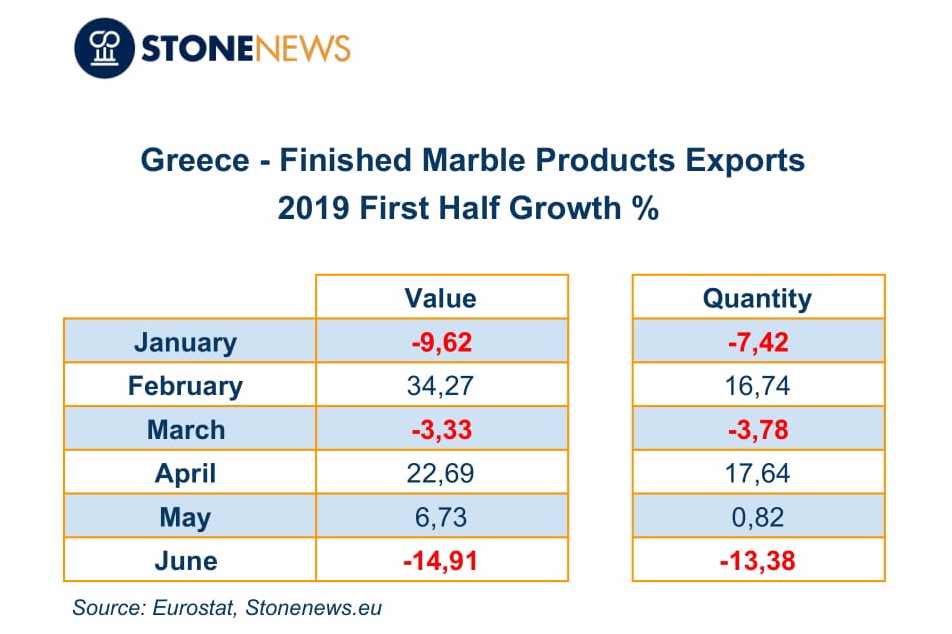 It is worth mentioning that during the first half of 2019, Greece managed to export marble blocks and slabs of 124.00 million euros worth as well as finished marble products of 71.48 million euros.

The post 2019 First Half Marble Export Growth of Greece appeared first on StoneNews.eu.