Sawing machines for working stone in the list of U.S. second round of tariffs on Chinese imported products

US trade war against China has moved up a gear as it brings in a 25% tax on a second wave of goods worth 16 billion dollars.

The Office of the United States Trade Representative (USTR) released a list of approximately 16 billion dollars worth of imports from China that will be subject to a 25% additional tariff as part of the U.S. response to China’s unfair trade practices related to the forced transfer of American technology and intellectual property.  This second tranche of additional tariffs under Section 301 follows the first tranche of tariffs on approximately 34 billion dollars of imports from China, which went into effect on July 6.

The list contains 279 tariff lines on goods among which there is HS Code (Harmonized System Codes) 8464.10.01, referring to “Sawing machines for working stone, ceramics, concrete, asbestos-cement or like mineral materials or for cold working glass”. 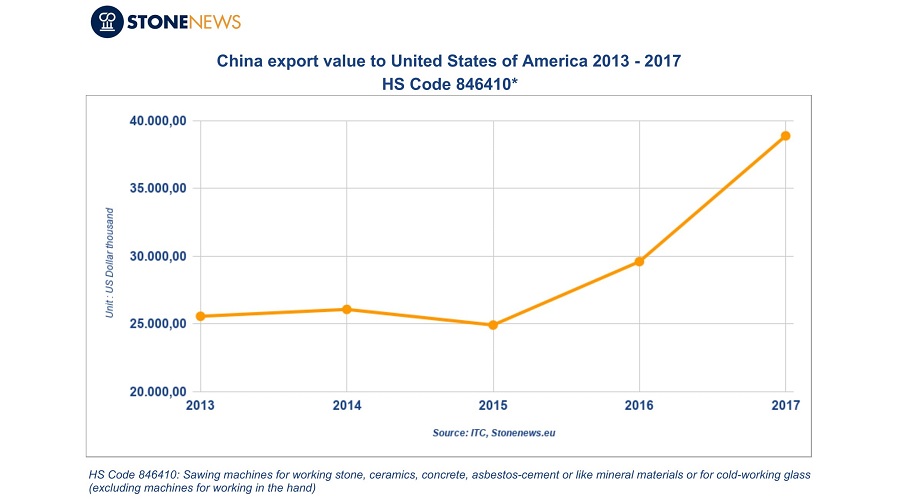 U.S.A. numbering 6.1% is the third country with the highest export value but is also the first in imports with 26.8% of the world import value in 2017.

It is clear that the US has a productive base which the US authorities want to support by limiting imports from their big trade rival.

The article was edited with data from ITC