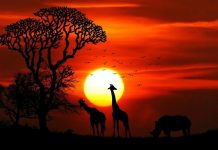 South Africa’s and Togo’s parliaments this month ratified the agreement establishing the African Continental Free Trade Area (AfCFTA). The total number of countries committing to the deal has thus grown to 49.

Once the agreement comes into effect, it will create a tariff-free continent, covering a single market of 1.2 billion people in 55 nations with a combined gross domestic product of about $3 trillion.

It will constitute the largest free trade area globally, according to South African Trade and Industry Minister Rob Davies.

The agreement is expected to reduce export tariffs which currently average 6.1 percent, and boost intra-African trade by more than 52 percent after import duties are eliminated. It is focused on diversifying trade exports away from just extractives and enhancing the chances of small and medium enterprises to tap into more regional destinations.

Economists say that tariff-free access to a huge and unified market will encourage manufacturers and service providers to leverage economies of scale.

“We look to gain more industrial and value-added jobs in Africa because of intra-African trade,” Mukhisa Kituyi, secretary-general of the UN Conference on Trade and Development, told Africa Renewal.

The creation of the free trade area requires at least 22 countries submitting instruments of ratification. So far, the agreement has 15 ratifications, with seven more remaining.

The African Union’s (AU) Commissioner for Trade and Industry Albert Muchanga said this week he is confident the remaining votes required to enforce AfCFTA will be secured before the next AU summit in February 2019.

The AfCFTA proposal was approved in 2012 and the members started working on a draft in 2015. In March, the leaders of 44 African countries endorsed the agreement in Rwanda, with more countries joining in since then. The participants of AfCFTA are reportedly weighing the possibility of using a common currency.

The post Africa is about to become the world’s largest free trade zone appeared first on StoneNews.eu.