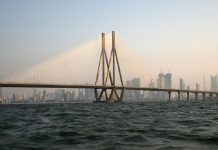 Think of the world’s wealthiest cities: New York, Tokyo, Los Angeles and London probably spring to mind. But based on annual gross domestic product (GDP) growth Asian cities – particularly those in India – are powering ahead of other urban economies. 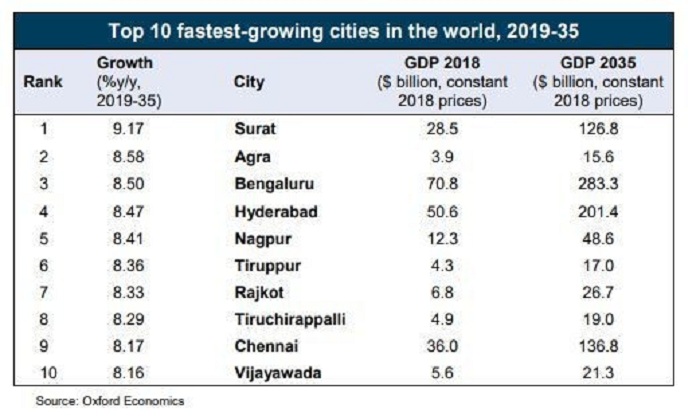 According to research institute Oxford Economics, all the top 10 fastest-growing cities by GDP between 2019 and 2035 will be in India.

Surat, a large city in the northwestern state of Gujarat, will have the fastest economic growth in the world.

Surat is renowned as a diamond processing and trading centre, but it also has a strong IT sector, says the report, which predicts that the city will see an average annual GDP growth rate of 9.2% from 2019 to 2035.

In second place is Agra – home of the Taj Mahal – which will grow by 8.6% year on year.

Bengaluru – known as India’s Silicon Valley because of its booming tech and start-up scene – will grow 8.5% year on year by 2035, putting it in third place.

Hyderabad, another Indian tech hub, is in fourth place with 8.47% growth. The southern city is also home to the country’s first IKEA store.

Outside of India, Phnom Penh, the Cambodian capital, will see the fastest growth at 8.1%, while Dar es Salaam, a major port city on Tanzania’s Indian Ocean coast, will lead African cities with 7.8%.

The study looked at 780 cities and estimated that the world’s major urban economies will grow by 2.8% a year.

Its authors say cities will drive the growth of the global economy, which they project will expand by 2.6% per year.

From West to East 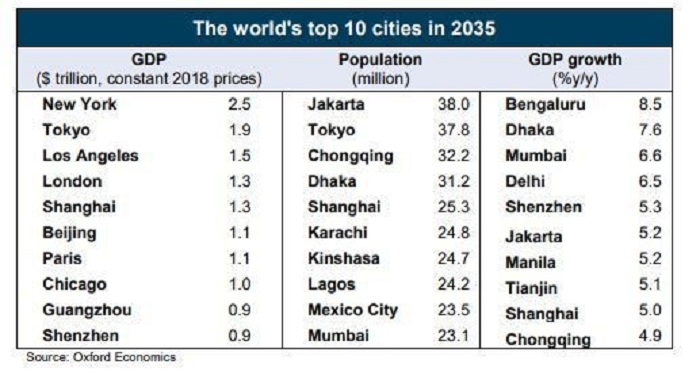 India’s dominance of the list of fastest-growing cities illustrates the broader theme of the tipping of economic might from West to East, the authors argue.

They forecast that as early as 2027, the combined GDP of all Asian cities will exceed that of North American and European cities together. By 2035 it will be 17% higher.

China is leading the charge: it will have four cities – Shanghai, Beijing, Guangzhou and Shenzhen – in the top 10 for GDP in 2035. Today, only Shanghai appears on that list.

Compared to other Chinese cities, Shanghai has a more liberal and free-market economy, along with stronger international business connections, the report says, highlighting that China wants to develop the city into a major pan-Asian financial centre.

Beijing will benefit the most from China’s Belt and Road Initiative, while Guangzhou is the clear winner in the Pearl River Delta region, a vast urban area adjacent to the South China Sea with easy access to many of China’s main trading partners.

Growth story of the decade 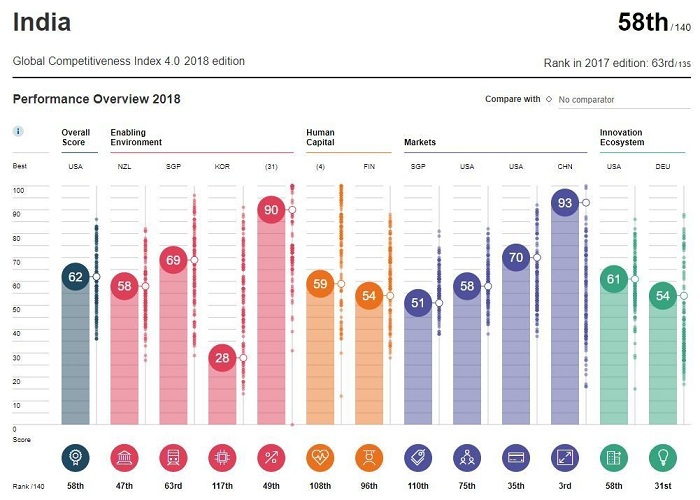 In its latest economic forecast, the IMF says that India’s economy is set to grow faster than China’s this year, at a rate of 7.4% in 2019 compared to China’s 6.2%.

With a favourable demographic profile and a large and growing consumer market, India is likely to be the most compelling growth story of the decade.

The country ranks 58th out of 140 economies in the World Economic Forum’s latest Global Competitiveness Report, up five places from 2017.

It scores particularly strongly in innovation capability. However, corruption is still an issue, hampering business along with difficulty in accessing finance and high tax rates.

Despite the speed of growth of Indian cities, they remain relatively small in terms of economic output.

This means that little is likely to change at the top of the list of cities with the largest GDP between now and 2035.

The post All of the top 10 fastest growing cities in the world are in India appeared first on StoneNews.eu.