Almost $30bn in hotel construction contracts to be awarded by 2023 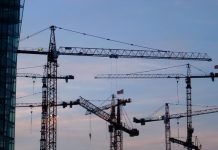 Nearly $30 billion worth of hotel construction contracts will be awarded in the Middle East and North Africa between now and 2023, according to a new forecast from the Arabian Hotel Investment Conference (AHIC).

According to the research conducted by MEED projects, hotel development is most active in the UAE, Egypt and Saudi Arabia, with the UAE alone accounting for more than $20 billion worth of hotel construction contracts since 2012.

Saudi Arabia, for its part, has accounted for just over $10 billion worth of hotel deals in the same time period.

In the next five years, an additional $30 billion worth of contracts are due to be awarded, with the UAE accounting for $11 billion.

“We’re excited to hear…that the value of future hotel investments in the region is only going to get larger,” said Jonathan Worsley, chairman of bench events and founder of AHIC. “That said, increased supply brings a unique set of challenges.”

Worsley added that “tourism has boomed in the MENA region as a result of governments’ commitments to diversifying their economies.”

“Relaxed visa regulations, enhanced marketing and investment in key attractions and events such as Louvre Abu Dhabi, Dubai Parks and Resorts and the Bahrain and Abu Dhabi Grand Prix have helped drive a record number of tourists to the region,” he said.

AHIC will take place in Ras Al Khaimah between April 9 and 11 at a purpose built “AHIC Village” on the grounds of the Waldorf Astoria.

The post Almost $30bn in hotel construction contracts to be awarded by 2023 appeared first on StoneNews.eu.