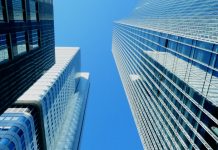 China has the world’s largest banks but America’s are much more efficient, according to The Banker’s latest ranking of the Top 1000 World Banks. But if US president Donald Trump is successful in opening up China’s markets the situation could go into reverse, says The Banker’s editor Brian Caplen.

“Free and open markets encourage banks to be more efficient. A more closed system in China with greater state involvement is less effective in driving efficiency,” says Mr Caplen. “So if president Trump is successful in opening China’s market, it will improve the country’s banks.”

Chinese banks hold the top four places in the ranking whereas US banks place fifth to eighth (see Table 1). China’s banks are the world’s largest ranked by Tier 1 capital and make the highest profits, but America’s are 40% more efficient in their use of assets. America’s banks have a higher return on both assets and capital than Chinese banks (see Table 2).

Globally, banks had their best year ever despite all the challenges of tighter regulation, higher capital requirements, competition from fintechs and low interest rates in Europe and the US. Total pre-tax profits for the Top 1000 World Banks were $1,135bn, more than 10 times higher than back in 2009 when the financial crisis hit results (see Table 3).

Banks in Europe’s problem countries – Italy, Greece, Portugal and Spain – made some improvements by reducing the number of bad loans, with Greek and Portuguese banks drastically reducing their losses and Spanish banks increasing their profits.

British banks defied the Brexit gloom and increased their profits by one third, but they are still chasing French banks which chalked up higher profits and a higher return on capital. The one British bank in the top 10, HSBC, rose one place to ninth despite a slight fall in capital.

In Asia, Vietnamese banks grew their profits by a third but India’s banks saw their profits fall 44% as the restructuring of the banking sector continued.

Japanese banks had a poor year with profits down 30% and very low returns on assets and capital. Japan’s largest bank, Mitsubishi UFJ, fell one place to tenth in the ranking.

Some countries were hit by economic turmoil and a falling currency, such as Argentina where the banks shrank their balance sheets by one fifth and profits fell 10%, and Turkey where assets fell by 15% and profits by 22%. Mexican banks defied Trump’s sabre rattling about trade and migration by growing their capital by 18% and their profits by 16%.

America’s banks may deliver better returns than China’s, but both pale in comparison with banks in central Asia with a return on capital of 23% and African banks with 20% (see Table 4). Low banking levels in emerging markets allow banks to grow their profits much quicker than in more advanced countries. 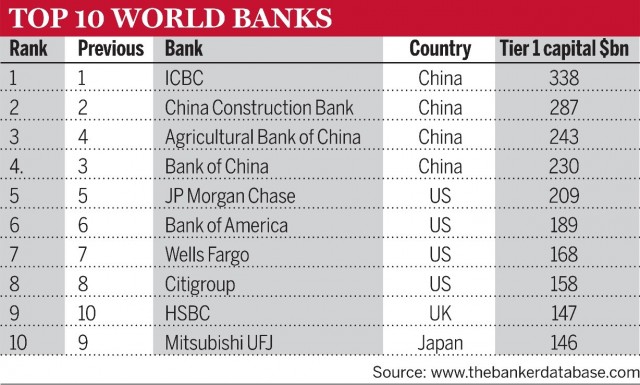 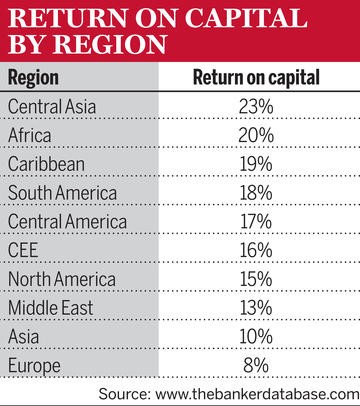