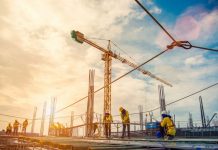 With a decade-long bull market and an ultra low interest rate environment globally, it’s not surprising to see capital flock to housing assets.

For many investors, real estate is considered as good of a place as any to park money—but what happens when things get a little too frothy, and the fundamentals begin to slip away?

In recent years, experts have been closely watching several indicators that point to rising bubble risks in some housing markets. Further, they are also warning that countries like Canada and New Zealand may be overdue for a correction in housing prices.

Earlier this week, Bloomberg published results from a new study by economist Niraj Shah as he aimed to build a housing bubble dashboard.

Ranking high on just one of these metrics is a warning sign for a country’s housing market, while ranking high on multiple measures signals even greater fragility.

Let’s look at each bubble risk indicator, and see how they apply to the 22 countries covered by the housing dashboard.

It should be noted that most of the measures here are shown in an index form, using the year 2015 as a base year. In other words, the data is not representative of the ratio itself—but instead, how much the ratio has risen or fallen since 2015.

When looking at housing prices in comparison to rents, there are four countries that stand out.

Elsewhere in the world, this ratio is much more in line with expectations. For example, in Portugal—where house prices have skyrocketed over recent years—rents have increased at nearly the same rate, giving the country a 99.2 score.

In places where rents are lagging housing prices, so are the levels of household income. For how long will people afford to buy increasingly expensive houses, if their incomes continue to lag?

Real house prices have increased in all of the 22 markets, with the exception of Italy (95.5).

Exceedingly high debt ratios point to a strain on consumer finances – and when finances are strained, the chance of a default increases.

The post Countries With the Highest Housing Bubble Risks appeared first on StoneNews.eu.