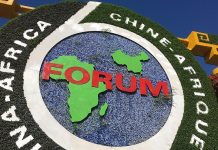 The launch in Niamey, Niger, on July 7 of the operational phase of the African Continent Free Trade Area (AfCFTA) heralds a new dawn, not just for Africa, but also for the continent’s development partners.

Touted as a “game-changer,” AfCFTA is one of the flagship projects of the Africa Union’s (AU) “Agenda 2063: The Africa We Want,” a blueprint and master plan for transforming the continent into a global powerhouse of the future.

With the struggle for independence now part of a bygone era, this strategic framework refocuses Africa’s efforts on delivering social and economic development, continental and regional integration, and democratic governance among other benefits for its people.

The launch by African heads of state and government is the culmination of a four-year process, leading to its ratification by 55 member States. It is envisaged that, in uniting 1.3 billion people, it will create a $3.4 trillion economic bloc.

It will enable traders from across Africa to exploit the preferential trading arrangements offered by AfCFTA. The overarching aim is to accelerate intra-African trade, and boost Africa’s trading position in the global market through a strengthened common voice and greater policy space in global trade negotiations.

However, it will not be a free-for-all trade bonanza. Eligible members will only be those that have deposited the instruments of ratification, and those that conform to the provisions on rules of origin governing in the free trade area.

Nevertheless, it is a big start on several fronts for Africa. First, it is estimated that trade both within and outside Africa will increase exponentially.

African economic experts estimate that, if successfully implemented, AfCFTA could generate a combined trade volume of $6.7 trillion by 2030. It will also accelerate industrial development, expand economic diversification, and increase job opportunities for both women and youth.

In wider terms, the scope and opportunities of China’s cooperation with African countries will definitely expand.

According to statistics from the General Administration of Customs of China, between January and April 2019, the total two-way trade volume with Africa was $66.04 billion, up 3.3% year-on-year. This exceeded the overall growth rate of foreign trade in the same period by 4.4 percentage points.

Unlike experiences with previous development partners, the China-Africa comprehensive strategic and cooperative partnership provides the latter with a transformational and multi-dimensional model of cooperation.

While the model may not, or, indeed, is not aimed at displacing Western donors, it gives Africa the better options of choice. The upgrading of China-Africa cooperation is based on five major pillars, which resonate perfectly with AfCFTA’s international ambitions.

The pillars, which were proposed during the Forum on China-Africa Cooperation in 2015, include mutually beneficial economic cooperation; solidarity and coordination in international affairs; political equality and mutual trust; security cooperation and mutual assistance and; cultural exchanges.

Much is being jointly implemented under a three-year plan covering, among other things, industrial development, agricultural modernization, infrastructure, financial support, and poverty reduction.

Going forward, there will be a greater focus on Belt and Road Initiative-related projects. For AfCFTA to become a resounding success, the construction of more roads, railways and seaports will be inevitable.

In addition to the transport related projects, Africa will need massive investments in sectors like energy, and in modern information and communication technologies.

The vision for an upgraded partnership reflects China’s desire to forge permanent, mutually beneficial, and honest relations with Africa, while Africa can borrow from China’s development through its reform and opening-up policy that has propelled the country as a global economic powerhouse in a span of 40 years.