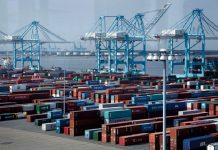 The American Association of Port Authorities (AAPA) is deeply concerned over the renewed threat of increased tariffs. On August 1, Donald Trump criticized on Twitter the Chinese government for not living up to its trade promise and threatened to retaliate in advance of upcoming talks with an additional 10 percent tariff on Sept. 1.

“AAPA is very concerned about the President’s renewed threat to increase tariffs on Chinese goods, and the expected actions that the Chinese government will make in retaliation. Among the biggest ticket items on the tariffs list are multi-million-dollar, ship-to-shore gantry cranes used by American ports to load and unload containers from today’s giant cargo ships. The President has the authority to de-list these cranes from the tariffs schedule and we urge him to it.”

On June 21, AAPA President and CEO Kurt Nagle testified as part of a panel organized by the Office of the U.S. Trade Representative (USTR) about the significant consequences of expanded tariffs on ship-to-shore cranes.  He made the point that, at a cost of up to $14 million per crane, an additional 25 percent tariff, which the President had earlier threatened to impose, would significantly increase the cost of each crane and reduce the ability of ports to make other needed infrastructure investments to improve the supply chain. His testimony also expressed AAPA’s overall concerns about tariffs.

During those hearings, public port leaders for the Virginia Port Authority, Port Everglades and the Port of New Orleans also testified about the economic harm these recently-proposed Section 301 tariffs will bring to their state’s employers, workers and communities. Other U.S. seaports submitted similar written comments to the USTR.