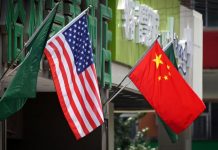 A new round of strict tariffs imposed both by USA and China came into effect in Sunday, escalating to maximum level the trade war between the two countries after their struggle to reach an agreement through negotiations.

The US applied a new 15 per cent tax increase to about US$112 billion worth of Chinese imports, more than two-thirds of the consumer goods the United States imports from China, including clothing, food, household and athletic goods and electronics. It is the first tranche of a two-part duty on total US$300 billion worth of imports – or virtually all of the Chinese goods imported by the US – with the second round set to take effect on December 15.

In response, Chinese authorities began charging higher duties on American imports at midday on Sunday, according to employees at customs offices in Beijing and the southern port of Guangzhou. Tariffs of 10% and 5% apply to US goods ranging from frozen sweet corn and pork liver to marble and bicycle tyres, the government announced earlier. There is also a list released including the American imports targeted for more penalties on December 15, in line with the US schedule. In total, Beijing says Sunday’s penalties and the planned December increases will apply to US$75 billion worth of American goods.

Meanwhile, President Trump has also announced that existing 25% tariffs on a separate group of US$250 billion worth of Chinese imports will increase to 30% on October 1, the day on which Beijing will celebrate the 70th anniversary of the founding of the People’s Republic of China.