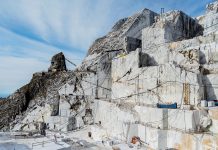 Following our previous report on Italy’s marble exports growth during the first half of 2019, Stonenews.eu is presenting the up-to-date growth statistics plus the three months till September 2019. The original data are derived from Eurostat (last update 15/11/2019). 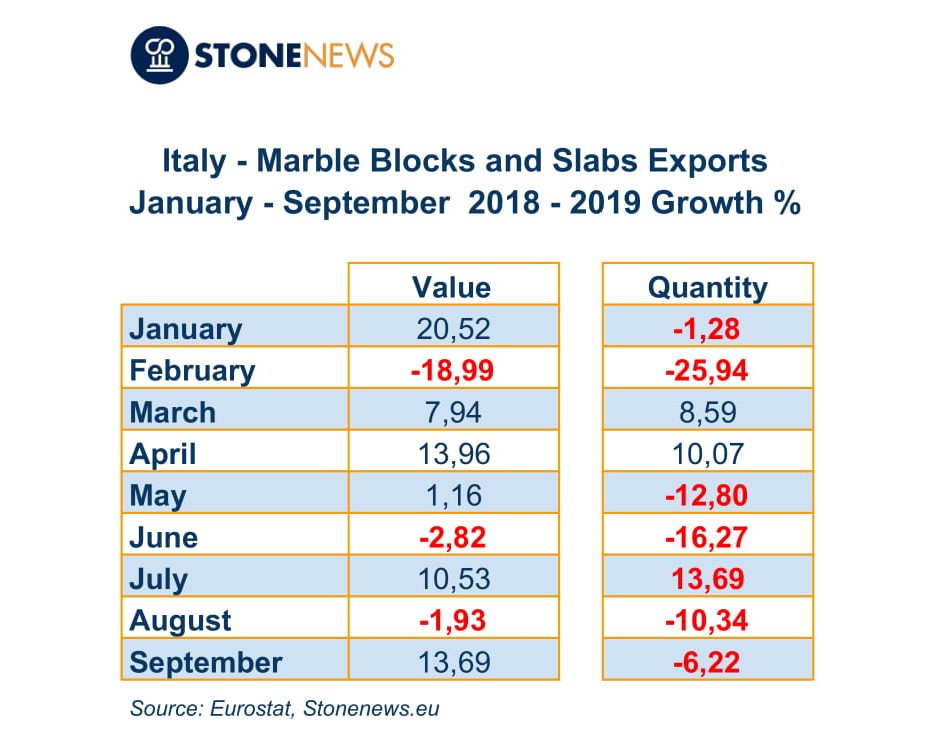 The table above shows Italy’s marble blocks and slabs growth both in value and quantity of exports, from January to September 2019, compared to last year’s same period of time. There was a general increase in export value of Italy’s marble blocks and slabs trade, with the exception of February, June and August. Moreover, February was the only month with remarkable fall in export value (-18.99%) than previous February. January holds the lead in export value increase – 20.52% more than January 2018, followed by April and September. As for quantity of exports, there was a general decrease, since most of the months showed negative growth. 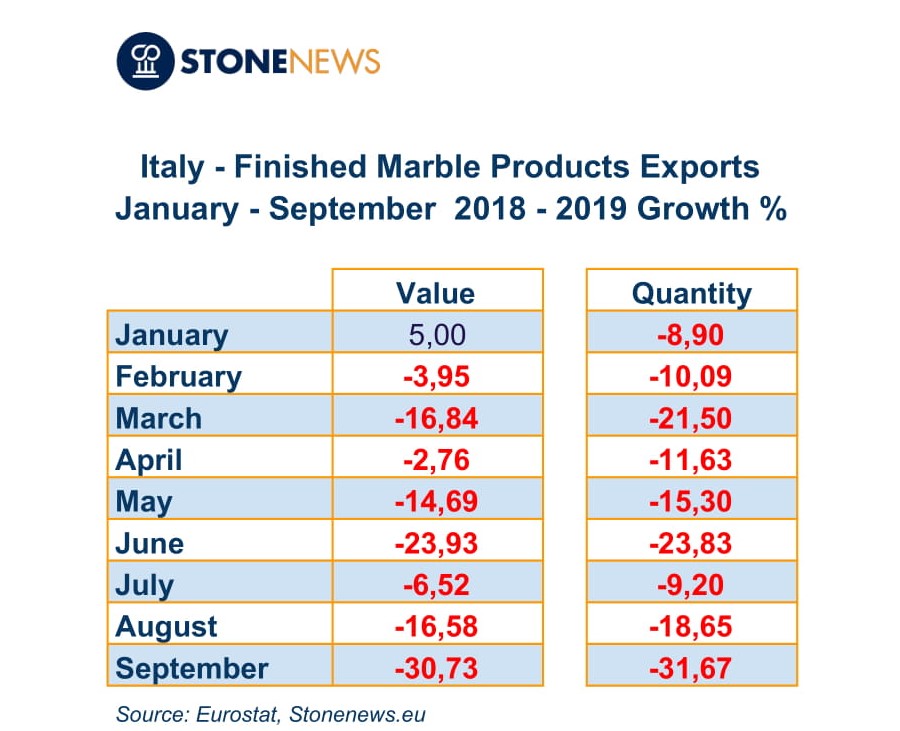 The second table shows Italy’s finished marble products growth both in value and quantity of exports, from January to September 2019, compared to last year’s same period of time. Something went wrong this year for finished marble products exports, as there is an overall decrease both in value and quantity of exports till September. Export value of January 2019 is the only light in the end of the tunnel, as it had positive growth, even though it remains low.

It is worth mentioning that during the first nine months of 2019, Italy managed to export marble blocks and slabs of 282.93 million euros worth as well as finished marble products of 564.99 million euros.