The Big 5: Will future buildings manage and fix themselves? 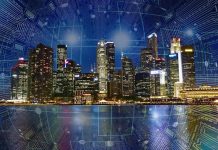 The building industry, which has historically lagged in terms of technology adoption, is beginning to have a dialogue on shifting from projects to products, with a particular focus on modular construction.

Speaking at the 40th edition of the region’s largest event for the construction industry The Big 5, Aurecon MEP associate, Daniel Borszik, said: “Modular construction could scale easily to an industry worth $100bn in the US and Europe alone. Even though that’s quite a large number, the industry could deliver about $20bn in annual savings.”

During his talk at The Big 5, Borszik shared details on the various methods of modular construction from modular 2D panels in high-quality single family housing units that permit for design flexibility and optimised logistics; to 3D volumetric modular systems that create standardisation, repeatability, and cost reduction in low- and mid-rise apartment buildings or hotels.

Borszik also elaborated on the combination of automated fabrication with what he called ‘buildable tech’, which called for new materials and fabrication methods that might initially attract a premium, but will result in cost savings in the long run.

“What I find exciting about the buildings of the future is that you will see a lot more of integration of technology in our buildings. Sooner or later, if the air conditioning has an issue in your house, the air conditioner itself will be able to send an email to the maintenance team to come and fix it, without the need for a human to raise a complaint, and all you get is a notification on your phone that maintenance has been scheduled,” Borszik said.

This will disrupt every player in the construction industry from developers, architects, and designers to contractors, subcontractors, suppliers, consultants and others. Borszik stated that all stakeholders in the industry need to prepare for the disrupting shifts in value pools.

“From engineers to designers, city planners to politicians, it will take all hands on deck to turn a truly transformative design into the city’s new normal,” Borszik concludes.

The post The Big 5: Will future buildings manage and fix themselves? appeared first on StoneNews.eu.