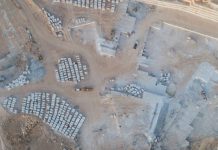 In a previous article, we read about the decision of Oman Public Authority for Mining to ban raw marble exports. More specifically, the announcement mentioned that “It is prohibited to export raw marble, in the form of blocks, cubes, or slabs with thickness exceeding three centimeters, a decision is issued in this regard.”

On this occasion, Stonenews.eu is presenting Oman’s marble exports, both in blocks and slabs and in finished marble products, examining the value and the quantity of exports, fro 2014 to 2018. 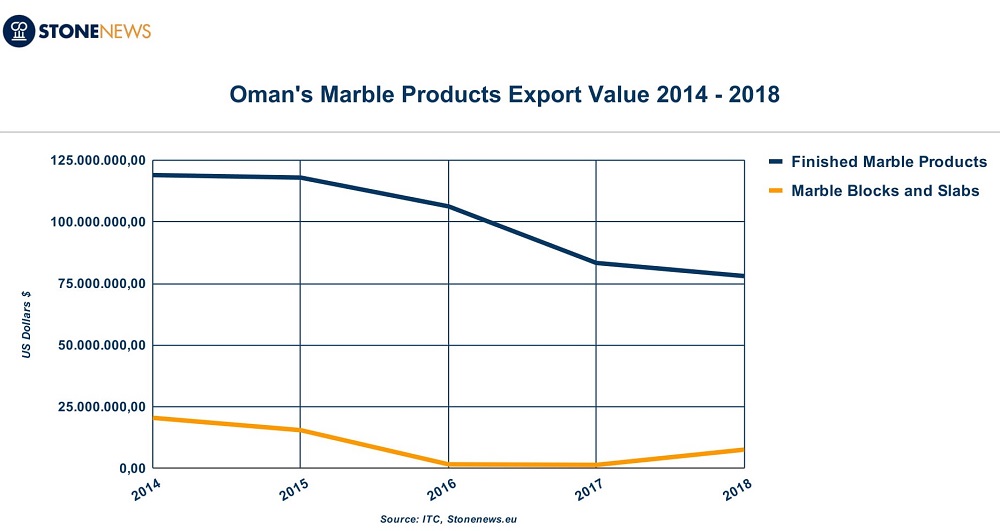 At the chart above, we can see the course of Oman’s marble export value from 2014 to 2018 in each category. It would be expected that raw marble export numbers (blocks and slabs) should have been bigger than the finished ones, giving the most reasonable cause for the ban. However, finished marble export value is far higher, following though a downward course till 2018. 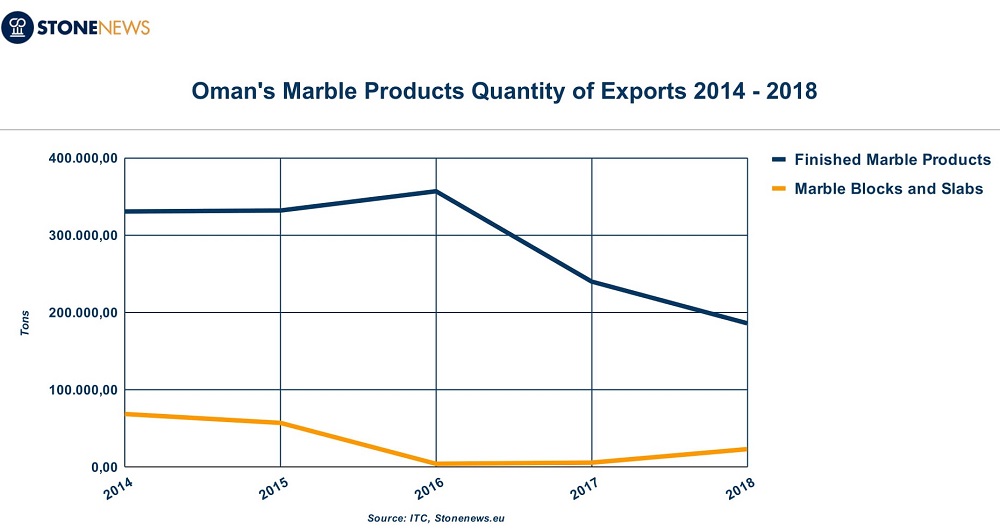 During the period from 2014 to 2018, Oman exported finished marble products of $ 504.72 million worth while marble blocks and slabs exports count $ 46.83 million value.

Please, note that the data given above are based on Oman’s given data (mirror data)