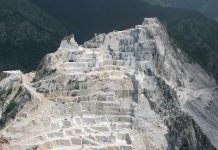 2019 was a tough year for global trade, as it had to deal with multitude global economic growth disruptors. From the escalating trade war between USA and China to Germany’s manufacturing and automotive industry decline and from Brexit to wars and international conflicts, a chain of several events had a negative impact slowing down global economy. nearly every market and sector, as well as businesses within those sectors, have felt the impact of policies and decision making.

The economic uncertainty affected, among others, and the natural stone sector globally. In the US, the trade war with China, despite tensions have softened recently, has changed the trade balance in natural stone sector during 2019. What alterations have occurred in natural stone import trade during the year and at what extent? How different things have become compared to 2018? Stonenews.eu is presenting the changes in US finished marble and granite supplier countries, both in value and quantity of imports, in 2019 compared to 2018.

The first table comes with top 5 supplier countries of finished marble products to the US in 2019 based on US import value. Italy still remains the main supplier, leaving China in the second place. However, both countries suffered losses, with China suffering the most, almost 30% down from 2018, while the gap was covered by slight increase in the rest three countries exports to the US: Turkey, India and Brazil. 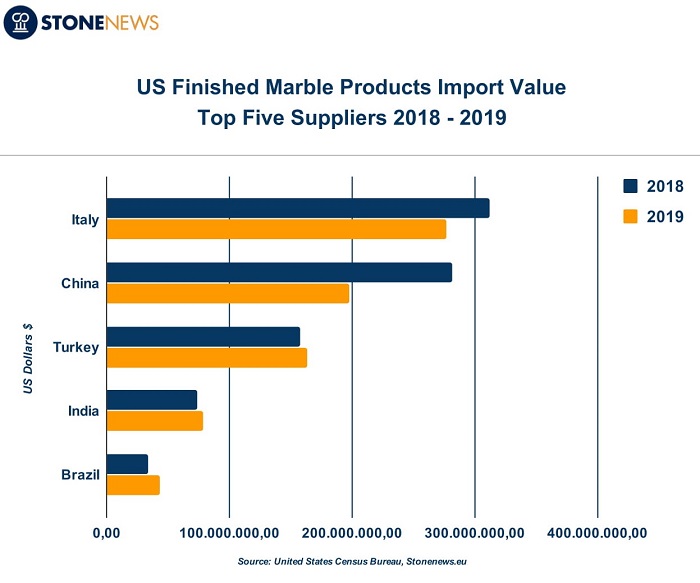 The second table is presenting the top 5 supplier countries of finished marble products to the US in 2019 based on US quantity of imports. Turkey sold the most to the US, counting 315,000 tons of finished marble products, while the second China sold half of this quantity, suffering also a decline of 23% from 2018. Italy followed the downward trend in quantity of exports to the US, as well. India and Brazil, on the other hand, moved upwards. 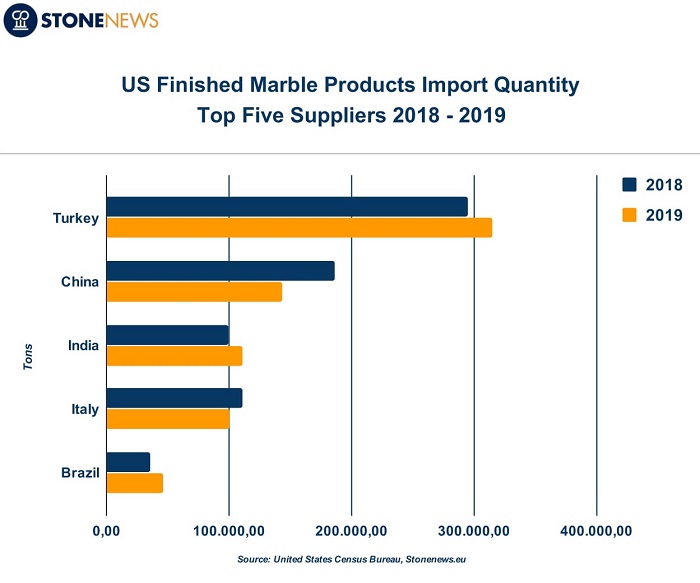 Granite is also an important and rather popular natural material used in the US, more extensively than marble, a fact easily proven by numbers of import value and quantity. Brazil is the leader in supplying the US with finished granite products, counting $ 391.81 million in 2019, after a slight increase of almost 4% from 2018. India in the second place presented also an increase of 5% from last years imports. China once again suffered the most severe losses, -29.37% in import value compared to 2018, followed again by Italy, which showed a decline of -18.76%. 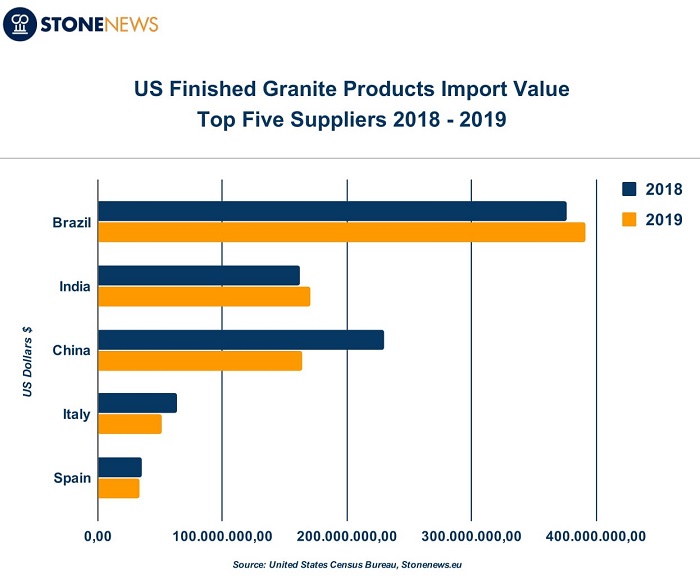 When it comes to quantity of finished granite products imports to the US, Brazil still is the main supplier country, that managed to sell to the US 669,807 tons only in 2019. China is in the second place, holding the same position with 2018, although it sold 8.00% less granite to the US. India, Spain and Italy respectively had slight increase. 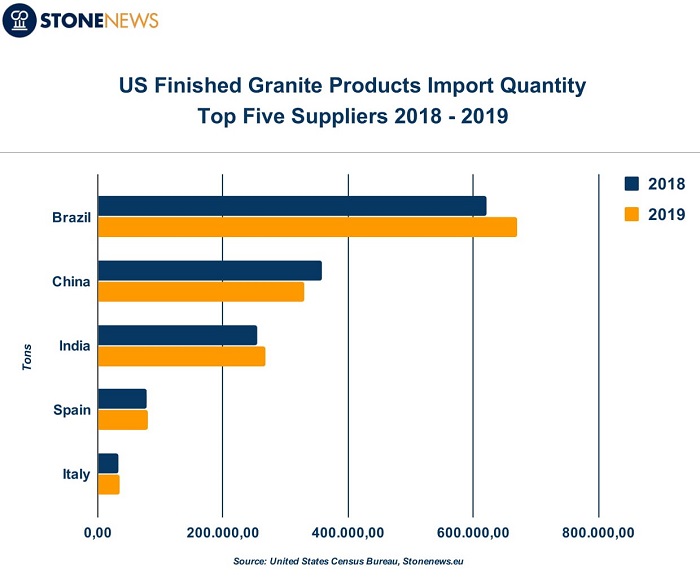