Volvo launches four new trucks, stacking them in a tower and placing the President of the company on top of them in a spectacular movie 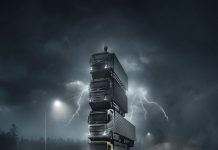 The latest movie of the new Volvo Trucks has reached new heights. To show the strength and durability of these four new trucks, Volvo created a colossal tower measuring 15 meters high and weighing 58 tons, consisting of four new trucks mounted on top of each other. The tower was completed with the company’s president, Roger Alm, standing upright.

In the industry, launching a truck is a colossal undertaking. Imagine the presentation of four at the same time! Volvo Trucks followed a different approach to celebrate the renewal of its entire range of heavy trucks.

This standalone film is shot in the night and begins by showing the truck tower as a huge monolith shining from afar. As we move forward, we see wolves in the foreground and a momentary shot of a female driver. As the film reaches its climax, with the necessary smoke and lighting effects, we see that the man standing at the top of the truck tower is Volvo Trucks president, Roger Alm. The film’s release comes a day before the official launch of the heavy duty truck series in Europe, which includes Volvo FH, Volvo FH16, Volvo FM and Volvo FMX. The four trucks account for about two-thirds of Volvo Trucks sales.

“It’s the biggest trucking show Volvo Trucks has ever done. These vehicles will have a huge positive impact on our customers’ profitability and their ability to attract customers and the best drivers. I am used to being highly supervised, but also again shooting the movie with the truck tower was definitely something unusual. Let’s just say I watch heights with great awe. I’m generally a guy of the land”, said Roger Alm.

The film was shot in late 2019 on a test track on the outskirts of Gothenburg, Volvo’s birthplace in Sweden. Both the truck tower and the majority of the visual effects, as well as the smoke and lights, are real, as the video shows how the film was shot.

“It took about a month to design and build the tower and make sure it could move safely. This was essentially made possible by the Volvo FMX, our robust construction site truck and the new 38-tonne axle assembly that “It was able to lift the weight of the rest of the trucks. But it took a steady speed and track with the Volvo Dynamic Steering and an experienced driver,” said Markus Wikström, a Volvo Trucks engineer and member of the tower support team. 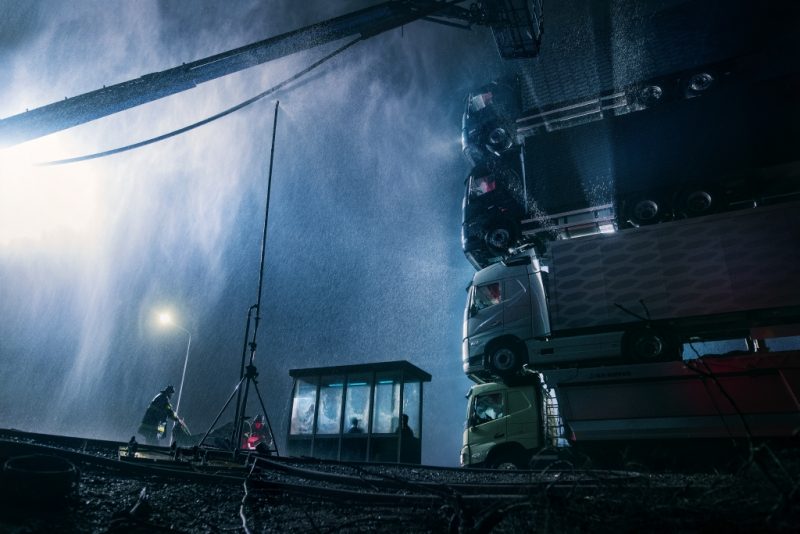 Volvo Trucks offers integrated shipping solutions for demanding professional customers, offering a complete range of medium to heavy duty trucks. Customer support is provided by an international network of 2,100 dealers in more than 130 countries. Volvo trucks are assembled in 14 countries around the world. In 2019 the company disposed of more than 131,000 Volvo trucks worldwide. Volvo Trucks is a member of the Volvo group, one of the leading manufacturers of trucks, buses and construction machinery as well as engines for marine and industrial applications. The Group also offers financing and service solutions. Volvo Trucks’ work is based on the fundamental values ​​of quality, safety and environmental care.

Sarakaki Brothers SA is the official importer and distributor of Swedish Volvo Construction Equipment (VCE) in the Greek market.

Click here to see how the film was shot

The post Volvo launches four new trucks, stacking them in a tower and placing the President of the company on top of them in a spectacular movie appeared first on StoneNews.eu.