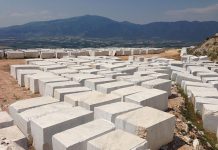 Adviser to Prime Minister on Commerce Abdul Razak Dawood on Friday informed the Senate that European Union (EU) extended its Generalised Scheme of Preferences (GSP)-Plus facility to Pakistan until 2023.

Speaking during the Question Hour, Dawood said that as a result of the EU’s “Special Incentive Arrangement for Good Governance and Sustainable Development”, Pakistan had been given the GSP-Plus facility, allowing Pakistani products a duty-free access to EU on 91% tariff lines.

“This arrangement has helped Pakistani products to compete successfully with similar products originating from other competitors, such as China, India, Bangladesh, Turkey and Vietnam etc,” Dawood told the house.

“Pakistani products have duty-free access on 91% of EU’s tariff lines to all 27-member states [of the continental bloc] since January 1, 2014,” he said. “The preferential access sectors include textiles, leather, surgical and sports goods and also non-traditional sectors including light engineering dry fruits, marble, handicrafts, and pharmaceutical.”

According to the adviser, the GSP-Plus had been granted to Pakistan for 10 years — from January 1, 2014 to December 31, 2023. He said the GSP-Plus was linked to the implementation of 27 UN Conventions

“A biennial review is carried out by the EU to monitor the compliance of Pakistan with its treaty obligations,” Dawood said. “Three biennial reviews have been successfully concluded in 2016, 2018 and 2020 and the GSP-Plus facility for Pakistan will continue.”

The post European Union extended its Generalised Scheme of Preferences facility to Pakistan until 2023 appeared first on StoneNews.eu.